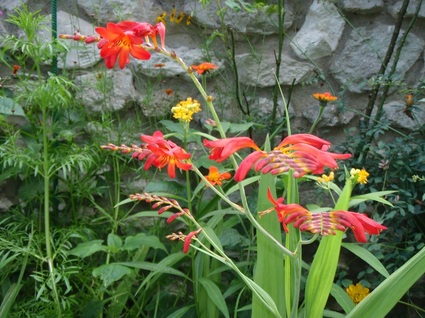 The definition of menopause is the time of life when our period stops. The clinical definition is the point of time at which the period has stopped for at least a year.  The perimenopause is the eight to ten year period before the menopause when hormone shifts begin in the body.  The end of menstrual cycles is only a sign of menopause.  We have periods because of stimulation of the lining of the uterus (endometrium) by ovarian hormones. Ovarian hormones rise and fall monthly during the development and after ovulation of an ovarian follicle (egg).  At the beginning of the menstrual cycle estrogen levels rise.  In the middle of the cycle progesterone levels rise.  At the end of the menstrual cycle both hormone levels drop.  This hormone drop causes the lining of the uterus to slough off resulting in a period.

The estrogen and progesterone are released from the eggs is the ovary.  If the egg is not fertilized then the estrogen and progesterone levels drop and we get a period.  When the ovary has run out of eggs, then we stop having periods, and we are in menopause.  When an egg is not developed and ovulated each month then hormone levels change.  It is the changes in hormone levels that result in the symptoms that we experience. Therefore, it’s really about the eggs, not the period.

What is a hormone?

A hormone is a substance that is made from tissue in one part of the body that travels in the bloodstream to cause changes in the tissues in another part of the body.  Hormones can also act on the cells that they are released from or on other cells in the same part of the body.  The three groups of hormones that we will talk about are estrogens, progestins, and androgens.  All three of these hormones are made in the body from cholesterol.  In order for a hormone to cause changes in tissues, the cells in the tissue must have receptors for the hormone.  The hormone has to have a kind of docking station that it can fit into which then causes the cell to make new proteins. The changes that occur in the tissues are influenced by many factors including how the hormone fits the receptor and how long the hormone stays attached to the receptor.

What does the ovary do?

The basic job of the ovary is to store, grow, and release follicles (eggs). We are born with over a million resting small eggs in our ovaries.   During our lifetime a few hundred of the eggs will grow and result in ovulation at the middle of the menstrual cycle. The eggs in the ovary that do not grow and ovulate are lost through programmed cell death.  The programmed cell death is caused by the genes in the eggs.  This cell death cannot be stopped or reversed.  At about age 38 the eggs start to rapidly die.  On average when we are about age 51 the ovaries stop ovulating.  At this point there are very few eggs left in the ovary. By the time we have not had a period in a year there are no eggs left in the ovary.

The eggs in the ovary make hormones, because they are genetically programmed to make specific hormones.  Signals from the brain turn on ovarian cells to make hormones.  Substances released from neighboring eggs and the growing egg itself control how much an individual egg grows.  Cells around the eggs have receptors (the docking stations) for hormones from the brain that turn on the cells in the ovary to make other hormones.  The release of these hormones from the part of the brain called the pituitary is controlled by another part on the brain called the hypothalamus.  Overall these processes are very complicated, but we will simplify things.  The simplified version is that a hormone called GnRH (gonadotropin releasing hormone) is released from the hypothalamus (a part of the brain).  The GnRH causes release of the hormone follicular stimulating hormone (FSH) and leutenizing hormone (LH) from the pituitary gland.  The FSH and LH signal cells in the ovary to make hormones.

There are two groups of cells in the ovary surrounding each egg.  The first group is stimulated by LH from the pituitary to use cholesterol to make androstenodione.  The second group of cells surrounding the egg is stimulated by FSH from the pituitary to take androstenodione and make it into estrone and estradiol which are estrogens.  After ovulation the second group of cells make estrogen and progesterone.  After ovulation the cells that are left behind in the ovary shrink.  This shrunken tissue makes a small amount of testosterone

Perimenopause is the time of a woman’s life when changes start to happen in the ovary.  About 10 to 15 years before menopause there is an increase in how fast the eggs in the ovary degenerate.  FSH (follicle stimulating hormone) levels increase.  Another hormone called inhibin decreases.  Inhibin is released from the eggs and helps regulate hormone production from the eggs.  Inhibin decreases because of the decreased quality of the eggs.  The FSH released from the pituitary increases. The menstrual cycles may become shorter, because the eggs are growing faster before ovulation due to elevated FSH levels.  The periods may become longer when ovulation stops occurring every month.  Ovulation is what keeps the cycle regular.  When ovulation is not happening some months, but happening other months the period becomes disorganized.  This is called dysfunctional uterine bleeding.  During perimenopause estrogen levels remain normal or a little elevated until about a year before menopause.  Many women start having some menopausal symptoms during the perimenopause.

Your doctor can perform blood work to determine if you are in perimenopause.  An FSH and estradiol levels can be checked.  An FSH will usually be over 20.  The estradiol will usually be normal.  It is a good idea to also check thyroid stimulating hormone (TSH), because symptoms of thyroid dysfunction can be similar to perimenopausal symptoms.

Do other parts of the body make the hormones that are made in the ovary?

The large majority of estrogen is made in the ovary.  A small amount is made in peripheral tissues from androstenodione.  Peripheral tissues include skin, fat, and muscle. For example, fat converts androstenedione to a type of estrogen called estrone.  The two types of estrogen made in the body that are active are estrone and estradiol.  Actually all tissues in the body that have been tested have the ability to make estrone from androstenodione.  However, it is overall a small amount.

Progestin is the family of hormones including progesterone.  Progesterone is made in the adrenal gland and in the ovaries.

What happens to the hormones that are made?

The hormones made in the ovary, adrenal, and other tissues travel in the bloodstream throughout the body.  Most of the hormones are carried by other proteins, and a small percentage are free in the blood stream.  These hormones will bind to receptors (the docking station) on other cells in the body.  When a hormone binds to a receptor it causes that cell to change what it is doing and make new proteins.

Almost every cell in the body has receptors for estrogen.  These tissues include heart, blood vessels, bladder, liver, bone, and the gastrointestinal tract.  However, some tissues have a lot of estrogen receptors.  These tissues include the reproductive organs, breast tissue, skin, and brain.  Hormones can act differently in different tissues depending on what else is happening in the tissue.  Different variations of a hormone can have different strength of action depending on how long they stick to the receptor.

Testosterone is important for muscle development.  There are testosterone receptors in brain, skin, reproductive organs, liver, and breast tissue.  Remember I mentioned that probably all tissues in the body can take androstenodione and make it into estrogen.  Therefore these tissues have the receptor for androstenodione.  Also, androsteniodione can be converted to testosterone.

What happens to the hormones after menopause?

Estrogen and progesterone levels drop drastically.  Both hormones were mostly being made during the development and after ovulation of the eggs in the ovary.  On a blood test estradiol levels can be 40 - 400 pg/ml before menopause.  Levels vary during the cycle.  After menopause the levels are 10-20 pg/ml.  The definition of menopause is usually estradiol levels below 50 pg/ml.  The estrogen that is being made in the menopause is from the peripheral tissues like fat.  Remember fat can make estrone from androstenodione.  Androstenodione levels drop to about half the premenopausal levels.  This is because of the decrease in ovarian production. The androstenodione is mostly made in the adrenal in the menopause.  Also, the adrenal androgens, DHEA and DHEAS, decrease with aging to about 1/4 the premenopausal levels.  Testosterone levels stay about the same.  However, we can see more effects of testosterone when we are in the menopause, because of a decrease in the other hormones.  This changes the balance between testosterone and the other hormones.  Eventually with aging the ovary burns out and the adrenal produces less hormones.  Changes in skin, breasts, and reproductive organs will become visible.

Summmary FSH levels increase when the quality of the ovarian follicles decreases.  Follicles begin degenerating more quickly due to elevated FSH.  Estrogen levels are stable during the perimenopause, but symptoms may occur due to many subtle changes that are occurring in the body.  Approximately one year before menopause the number of eggs in the ovaries is very small.  Estrogen levels drop at this point.  When there are no more eggs in the ovary, ovulation ceases, and the period completely stops.  If the period has not come for a year you are in menopause and there are no more eggs in the ovaries.  Estrogen and progesterone levels decrease dramatically when there are no more ovarian follicles.  The adrenal androgens, DHEA and DHEAS, will decrease in the menopause.  The androgen, androstenodione, will only be made in the adrenal after the ovaries run out of follicles.  This will drop the level in half.  This hormone gets converted to estrogens and androgens in the body, but the levels are small.  Eventually with aging the adrenal androstenodione will also decrease.  Therefore, our hormones are dropping, but why do we feel like they are raging?